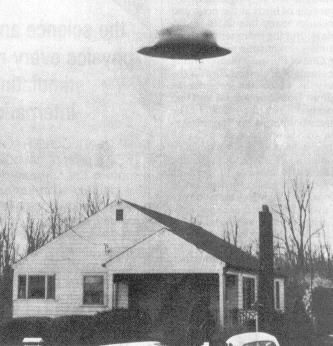 The extraterrestrial hypothesis is the belief that at least some unidentified flying objects are extraterrestrial spacecraft. It was first expressed following the 1896-97 wave of "mystery airships", which itself followed quickly on the heels of Percival Lowell's claims about an advanced civilization on Mars. Although secret experimental aircraft controlled by individuals or governments was the most popular explanation, the idea that the "airships" came from beyond the Earth was not without its supporters. The extraterrestrial hypothesis became more popular and sustained, however, following the UFO wave which began with Kenneth Arnold's sighting of "flying saucers" in 1947. In both cases, the extraterrestrial explanation was not immediately sought by the public but was encouraged by speculation in the media.