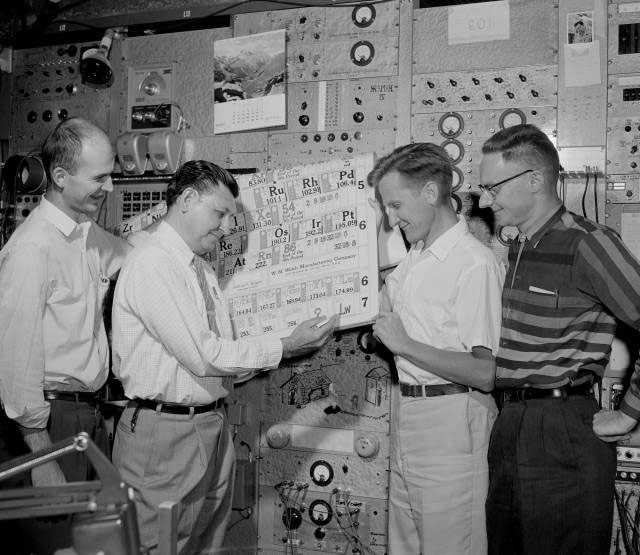 Albert Ghiorso updating the periodic table in April 1961, inscribing the symbol 'Lw' in the position for element 103, as codiscoverers Latimer, Sikkeland, and Larsh (left to right) look on.

Lawrencium (Lr) is a radioactive, metallic element that is a member of the actinide series and also a transuranic element. It was first made by A. Ghioro and coworkers in 1961 at the University of California at Berkeley by bombarding californium with boron nuclei; it is named after the physicist Ernest Lawrence. The element has been made in only trace amounts but has been identified chemically. Its most stable isotope is 256Lr (half-life 27 sec). Atomic number 103, relative atomic mass 262.