voyages to the Moon 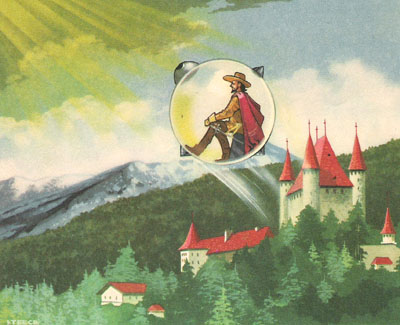 Figure 1. Domingo Gonsales heads skyward in Cyrano de Bergerac's A Comical History of the States and Empires of the Sun and the Moon. 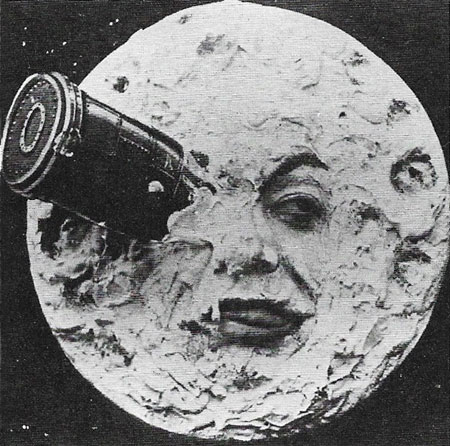 Figure 2. This frame from George Méliès' film shows the arrival of the rocket (to the dismay of the Moon), after which the space travellers go for a walk on the surface, not forgetting to put up their umbrellas to shield themselves from the strong sunlight. The film was short but popular and a favorite at scientific conferences.

Almost 1500 years separated Lucian's first imaginary lunar excursions from those of Ariosto (1532), Kepler (1634), bishops Godwin (1638) and Wilkins (1640), and de Bergerac (1656). All these tales involved the discovery of intelligent lunar beings (see Moon, life on) and assumed that air extends from Earth to the Moon (see Figure 1).

Following the invention of the balloon, in 1783, it became clear that humans could not survive unprotected at high altitude and speculation focused for a while on terrestrial, atmospheric travel. By the second half of the nineteenth century, however, space sojourns were once again on the fictional agenda, with Jules Verne, George Griffith, H. G. Wells, and others offering varied glimpses of a world that would not be reached in reality until the 1960s.1, 2

A century and a half ago Verne described a circumlunar voyage; H. G. Wells imagined a fantastic world people by insect-like beings. In 1902 came the first famous Moon voyage film, produced by George Méliès (see Figure 2).