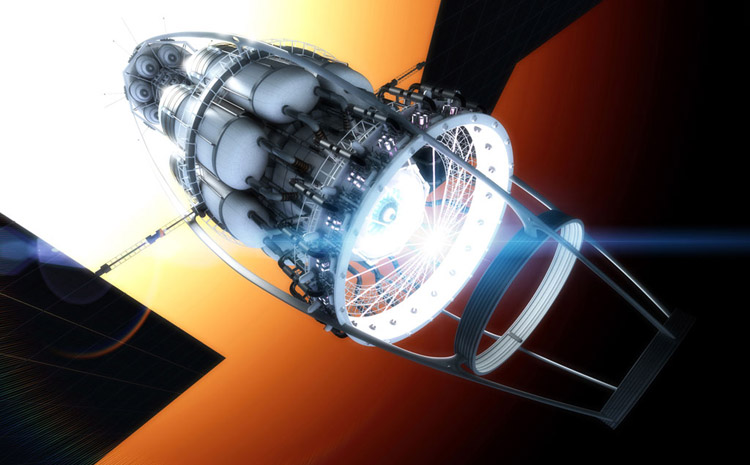 VARIES (Vacuum to Antimatter Rocket Interstellar Explorer System) is an advanced space propulsion concept proposed by Richard Obousy, cofounder and president of Icarus Interstellar Inc., that would use large solar arrays to generate power for extremely high-intensity lasers. These lasers would take advantage of a quantum effect known as Schwinger pair production to create particles of antimatter, which could be stored and used as fuel. This in-situ refueling process would be used at the vessel's destination to generate fuel for the return journey.

A vacuum, which in classical physics is simply empty space, devoid of matter and energy, in quantum mechanics is shown to be replete with vast amounts of energy. If these immense, hidden reserves of energy could be tapped, they would become available for challenging projects such as high-speed interstellar travel.

Following the discovery by Paul Dirac that a relativistic description of electrons implied the existence of an antiparticle to the electron, called the positron, the US physicist Julian Schwinger showed that, in theory, a sufficiently strong electric field would create electron-positron pairs out of the vacuum of space itself. In the VARIES concept, a starship would employ solar panels an immensely powerful laser to generate its own antimatter fuel using the light from an alien star, once it had arrived at its destination. A sufficient amount of antimatter having been created and stored, the VARIES starship would then be adequately fueled to begin its return trip to Earth.