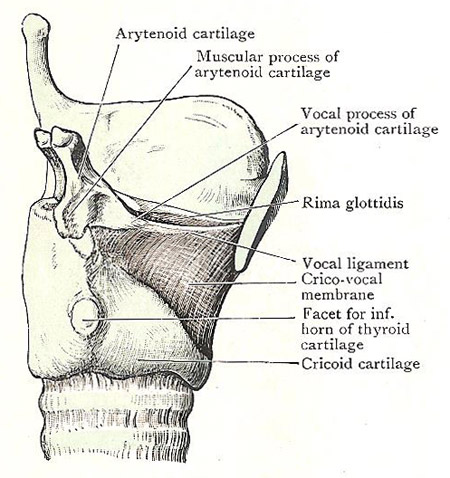 The vocal ligament is not an isolated band, but is the thickened anterior part f the upper border of the cricovocal membrane; and it is composed almost entirely of elastic tissue. It lies within the vocal fold, to which it gives support; and it is closely bound to the mucous membrane of the fold. Its posterior end is attached to the tip of the vocal process of the arytenoid cartilage; the anterior part is attached to the deep surface of the thyroid cartilage opposite the middle of the anterior border, close to its fellow of the other side.