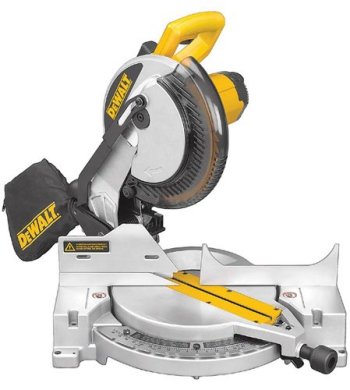 Both compound and non-compound saws have one basic limitation, which is the length of the crosscut that is possible – typically less than 10 inches. This problem is overcome by the sliding miter saw in which the blade can be pivoted downward and then slid toward the operator. This increases the cutting length tools significantly as well as having other benefits. For example, the sliding mechanism allows a cut to be made to a certain depth (rather than all the way though the wood) and then another cut across at this depth – a useful feature for cutting grooves or for cutting tenon joints.