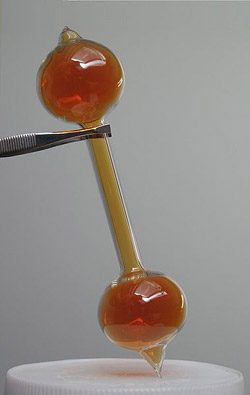 Nitrogen dioxide is a compound of nitrogen and oxygen formed by the oxidation of nitric oxide (NO) which is produced by the combustion of solid fuels. Nitrogen dioxide (NO2) is one of a group of highly reactive gases known as "oxides of nitrogen," or "nitrogen oxides (NOx)." NO2 forms quickly from emissions from cars, trucks and buses, power plants, and off-road equipment. In addition to contributing to the formation of ground-level ozone, and fine particle pollution, NO2 is linked with a number of adverse effects on the respiratory system.