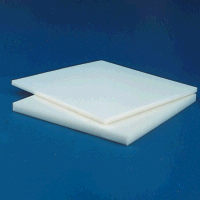 Polystyrene is a colorless, transparent thermoplastic that is commonly used to make foam board or beadboard insulation, concrete block insulation, and a type of loose-fill insulation, which consists of small beads of polystyrene.

Molded expanded polystyrene (MEPS) – more commonly used for foam board insulation – is also available as small beads of foam. This type is often used as a pouring insulation for concrete blocks or other hollow wall cavities. However, be aware that poured beads are extremely lightweight and take a static electric charge very easily. They are also notoriously difficult to control. Any wind at all often results in the beads flying all over the place. Also, if there is a hole in the wall, the foam beads will continue to fall out of the hole.

Other polystyrene insulation materials similar to MEPS are expanded polystyrene (EPS) and extruded polystyrene (XPS). EPS and XPS are both made from polystyrene but the manufacturing process is different. EPS is composed of small plastic beads that are fused together. XPS begins as a molten material that is pressed out of a form into sheets.

XPS is most commonly used as foam board insulation. EPS is commonly produced in blocks. Both MEPS and XPS are also often used as the insulation for structural insulated panels (SIPs) and insulating concrete forms (ICFs).

The thermal resistance or R-value of polystyrene foam board depends on its density. They typically range from R-3.8 to R-5.0 per inch. Polystyrene loose-fill or bead insulation typically has a relatively lower R-value (around R-2.3 per inch) compared to the foam board.