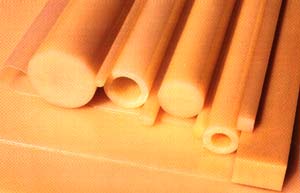 Over time, the R-value of polyurethane insulation can drop as some of the low-conductivity gas escapes and air replaces it. This phenomenon is known as thermal drift. Experimental data indicates that most thermal drift occurs within the first two years after the insulation material is manufactured. The R-value then slowly decreases. For example, if the insulation has an initial R-value of R-9 per inch, it will probably eventually drop to R-7 per inch. The R-value then remains unchanged unless the foam is damaged.

Polyurethane insulation is available as a liquid sprayed foam and rigid foam board. It can also be made into laminated insulation panels with a variety of facings.

Sprayed or foamed-in-place applications of polyurethane insulation are usually cheaper than installing foam boards. These applications also usually perform better since the liquid foam molds itself to all of the surfaces.

All closed-cell polyurethane foam insulation made today is produced with a non-CFC (chlorofluorocarbon) gas as the foaming agent. Some polyurethane foam combines with a HCFC gas instead. These types don't insulate as well as insulation made with a CFC gas, but the non-CFC gas is less destructive to the ozone layer. However, these foams still have an aged R-6.5 per inch thickness. Their density is generally 2.0 lb/ft3 (32.0 kilograms per cubic meter [kg/m3]). There also are low-density open-cell polyurethane foams (0.5 lb/ft3 [8 kg/m3]). These foams are similar to conventional polyurethane foams, but are more flexible. Some low-density varieties use carbon dioxide (CO2) as the foaming agent.

Low-density foams are sprayed into open wall cavities and rapidly expand to seal and fill the cavity. One manufacturer offers a slow-expanding foam, which is intended for cavities in existing homes. The liquid foam expands very slowly and thus reduces the chance of damaging the wall from overexpansion. The foam is water-vapor permeable, remains flexible, and is resistant to wicking of moisture. It provides good air sealing and yields about R-3.6 per inch of thickness. It is also fire resistant and won't sustain a flame.

Soy-based, polyurethane liquid spray-foam products are also available. The cured R-value is around 3.7 per inch. These products can be applied with the same equipment used for petroleum-based polyurethane foam products.

Foil and plastic facings on rigid, polyurethane foam panels can help stabilize the R-value, preventing thermal drift. Testing suggests that the stabilized R-value of rigid foam with metal foil facings remains unchanged after 10 years. Reflective foil, if installed correctly, can also act as a radiant barrier, which adds another R-2 to the overall thermal resistance. Panels with foil facings have stabilized R-values of R-7.1 to R-8.7 per inch.