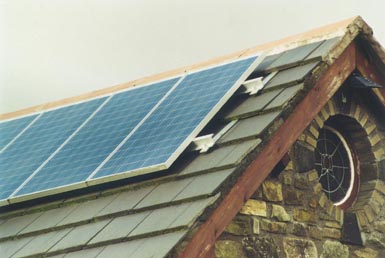 The solar resource across many parts of the inhabited world, including the United States, is ample for solar electric systems – also known as photovoltaic (PV) systems – because they can use both direct and scattered sunlight. However, the amount of electricity generated at a particular site depends on how much of the sun's energy reaches it. Thus, PV systems function most efficiently in regions such as the southwestern United States and southern Europe, which receive the greatest amount of solar energy.

Before you buy a PV system, you'll want to be sure your site has enough solar energy to meet your electricity needs efficiently and economically. Your local system supplier can perform a solar site analysis for you or show you how to do so on your own.

When evaluating your site, you'll also need to consider both the geographic orientation and the tilt of your solar panels as both can affect your system's performance.