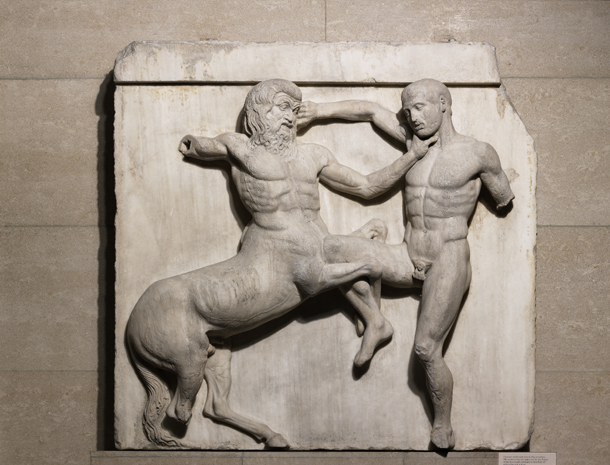 Stone carving from the Parthenon in Athens showing a centaur (left) fighting a lapith (a legendary human). The battle between lapiths and centaurs was told in a Greek story.

The centaur is a mythical creature, part horse and part man. Centaurs were noted for their warlike and amatory exploits, which are depicted in artistic representations through the centuries. In the 8th century BC, the centaur is shown as a human being in front with the body and hind legs of a horse. As time progressed, he became a man to the waist only.