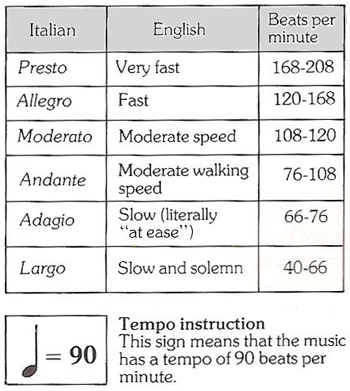 Adagio is a tempo indication that a musical piece or movement is to be played slowly, in the range 66–76 bpm – slower than andante but not as slow as largo. Its meaning has changed considerably since first used in the early 1600s.

Some movements or compositions are called adagios, for example, Samuel Barber's "Adagio for Strings" (Op. 9) by Samuel Barber. In the case of sonatas and symphonies, the second movement is often an adagio.

The term comes from the Italian ad agio meaning 'at ease'. Adagietto is also a slow tempo, but not as slow as adagio. The superlative adagissimo indicates extremely slow.