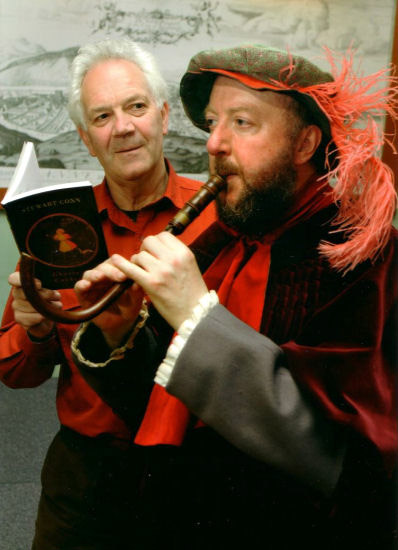 The crumhorn is a double-reed wind-cap instrument. This means that the two reeds are enclosed in a rigid cap. The player blows through a hole in one end of the cap, which makes the reed vibrate unimpeded, since there is no direct contact with the lips. The crumhorn is a cylindrically bored instrument, normally made of maple with a curved lower section.

Since the crumhorn uses a wind-cap, it cannot be overblown. The instrument's compass, therefore, is limited to about a ninth unless keys are provided to extend it downwards. It is possible to use a technique called underblowing, which can extend the range downwards by a perfect ninth.

Because it could not be overblown, a number of different crumhorns were necessary to cover a useful range of pitches. From the soprano to the extended great bass, every pitch from G' to d" was covered. The narrow range of the crumhorn meant that a set of instruments was needed to play even simple music, and its manner of construction, which involved bending while damp to achieve the hockey-stick curve, made it a relatively expensive instrument, so it was largely restricted to professional court musicians.

The earliest evidence of the crumhorn is in a painting from 1488, but descriptions of the instrument began to appear as early as 1300. Most popular during the Renaissance period, the crumhorn was still in use in the seventeenth century. Its inflexibility as a musical instrument contributed significantly to its downfall, however, and by the eighteenth century it was largely obsolete.