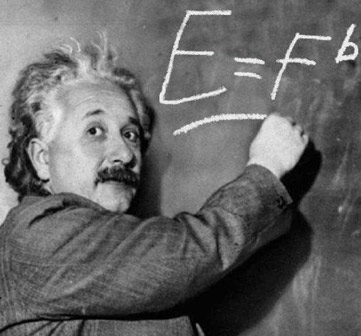 E is enharmonic with F flat!

An enharmonic interval refers to two notes that occupy the same position on the stave and differ only in name. For example: C sharp and D flat. Likewise an enharmonic change is a change in name only. For example, B can be called C flat or A double sharp; but these are only enharmonic changes of name. The pitch remains that of B. This device is useful to composers when they wish to modulate (see modulation) from one key to another. They can pivot on one note, changing the name of that note to the equivalent in the new key.

Originally, enharmonic was the name of one of the three Greek scales. It was then applied to music constructed on a scale containing intervals less than a semitone – e.g., where the difference is recognized between G sharp and A flat, or D sharp and E flat. On some old organs, these notes had separate keys. But in modern keyed instruments, tuned, as they now universally are, in equal temperament, these notes are represented by the same sound.