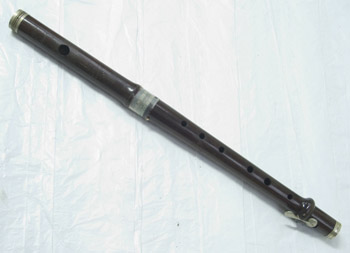 The fife is a smaller variety of the flute, usually with only one key. Fifes were at one time generally used in the army and navy in conjunction with drums, for playing marches and other simple melodies. They are usually pitched in the keys of B flat or C. Originally the fife was made with a cylindrical bore throughout, but this was superceded by the conical instrument. What's strange is that although the cylindrical bore design was abandoned in the fife, it was revived and perfected in the modern flute.