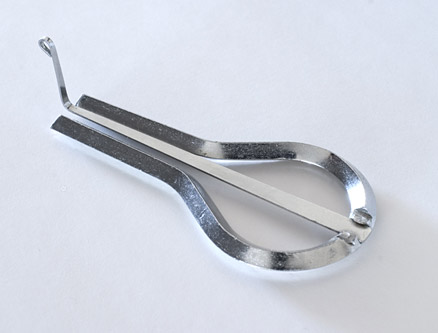 The jew's harp is one of the simplest and most widely distributed instruments, being found throughout Europe and Asia. Despite the English name 'jew's harp' (or in some periods of history trumps, and in French guimbardes), it have no connection with Judaism – nor is it a harp. It has been suggested that the term is a corruption of 'jaw's harp'.

A strip of bamboo or metal, in a frame of the same material, is twanged, and the oral cavity acts as an amplifying soundbox whose capacity can be changed, selecting particular harmonics to emphasize. Thus, individual pitches from the harmonic series can be selected and tunes played. The rhythm of the twang can be augmented with extra beats by breathing in and out.

Southeast Asian jew's harps are generally made of either bamboo or metal. In the bamboo version, a narrow tongue is cut out of a thin strip of bamboo; placed against the lips, the bamboo frame, not the tongue, is twanged, either with a finger or a thread, and this causes the tongue to vibrate. The Filipino kubing is one such. The delicate Vietnamese dan moi and Chinese kou xiang are of similar construction but made of springy brass.

Elsewhere, in the world, a springy metal tongue is attached inside a keyhole-shaped frame of thick, stiff metal, the latter pressed against the player's partially open teeth, and the tongue twanged with a finger. Such instruments are made and played across Asia and Europe. Notable centers include Siberia (where it is known as a khomus), Rajasthan in north India (morchang), Hungary (doromb), Norway (munnharpe) and Austria (maultrommel). Those sold in Britain are mainly made in Austria; many millions have been exported by makers in the town of Molln since the seventeenth century.