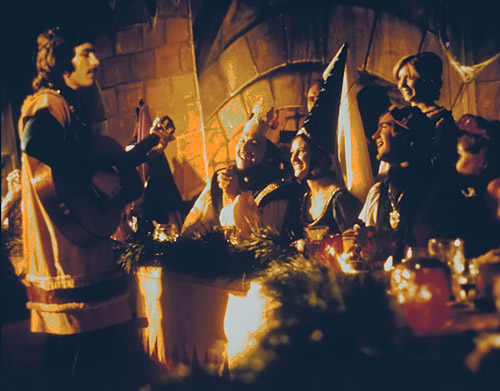 A madrigal, originally, was a secular unaccompanied vocal composition for two or eight voices (the commonest number being three to six) in a contrapuntal setting. Originating in late thirteenth-century Italy, it became popular in England in the late fifteenth and early sixteenth centuries.

An air (or ayre) is a madrigal that can be performed by a solo voice with lute accompaniment, by solo voice accompanied by other instruments, or with all parts sung by voices with or without accompaniment.

A ballett is a type of madrigal in strophic form which was originally danced to. It features a fa-la-la refrain at the end of each verse.