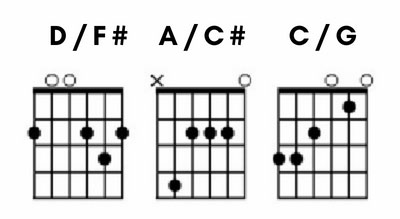 Examples of slash chords on guitar

Inversions can be indicated in the same way. For example, C/E denotes a C major chord in first inversion, and C/G a C major in second inversion.