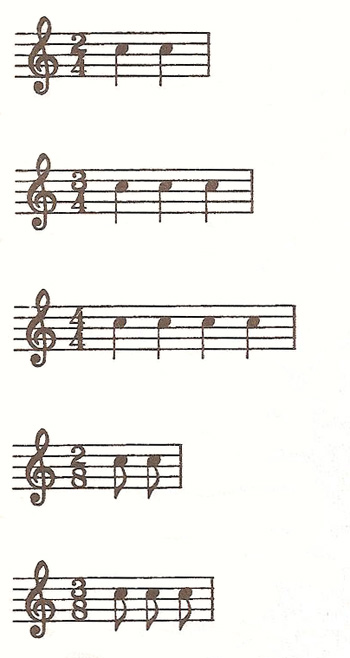 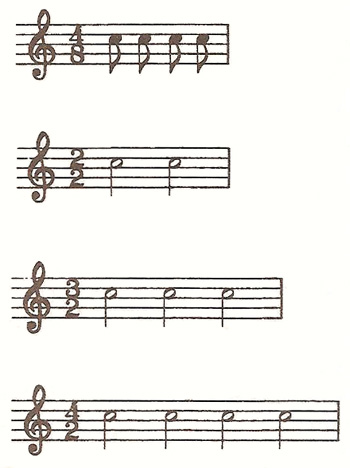 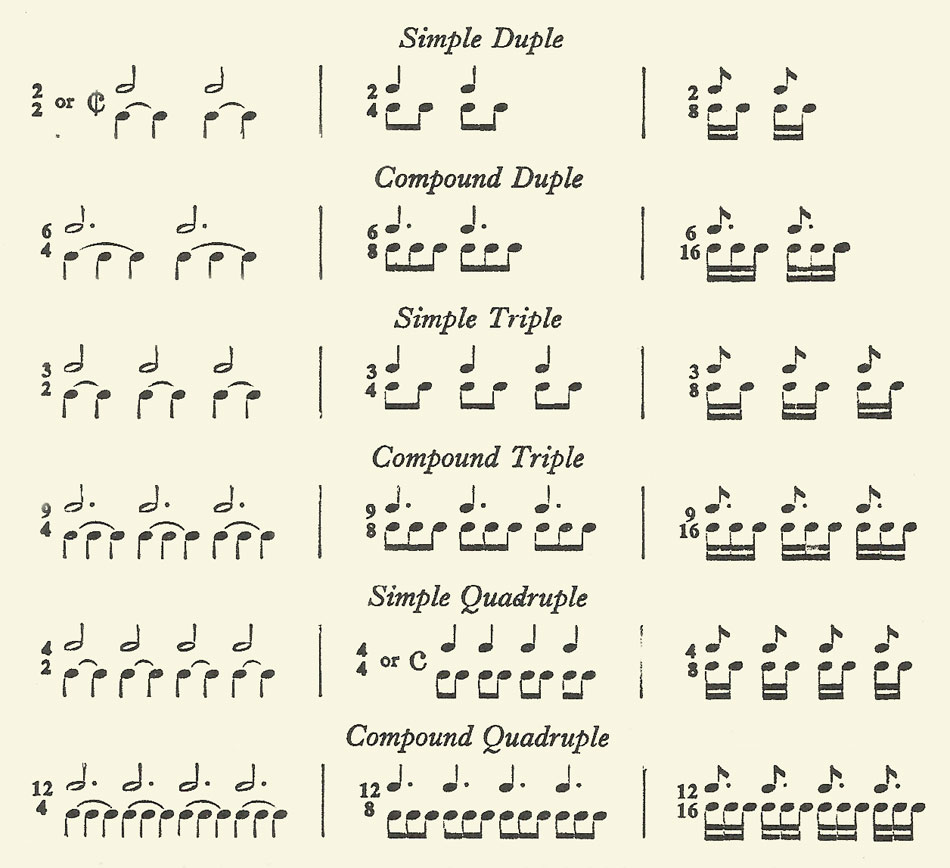 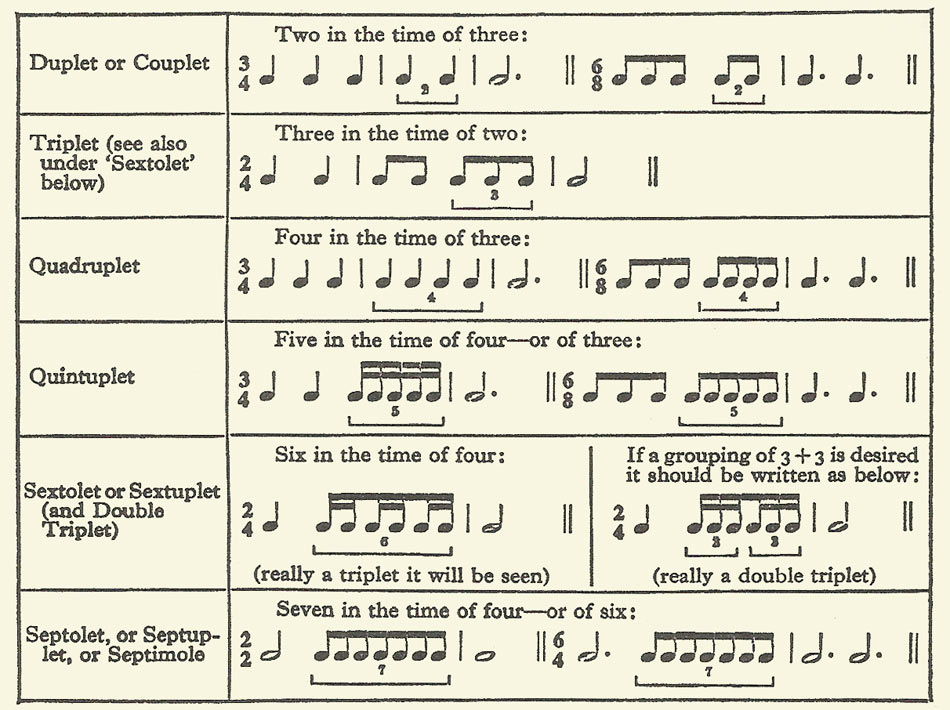 A time signature consists of two numbers written one over the other, like a fraction, on the stave at the beginning of a piece of music which tells how many beats are in a bar and how long each beat should last.

The simplest time signature is 4/4, called four-four time, and often abbreviated to C, for "common time". In this time signature, there are four beats to the bar, and each beat has the time value of a quarter-note (crotchet) – since it lasts for one quarter of a bar. Music in 2/4 time has beats of the same value (quarter-notes) but has only two of them in each bar. It is therefore essentially the same as 4/4 but with twice as many bars. The only difference is in the feel produced by the way the music is counted and played.

Besides 4/4 time, the most common time signature is 3/4. In 3/4 time (also called triple time or waltz time), there are three beats to the bar, and each beat has the time value of a quarter-note.

Each simple time has a corresponding compound time. The beat in the simple times if of the value of a plain note, whereas in compound time it is the value of a dotted note. In other words, the beat-note value in simple time is divisible into halves, quarters, etc., and that in compound times into thirds, sixths, etc. The grouping of notes in a bar (measure) by means of the hooks of their tails (when they have them) should accord with these divisions as shown below.

Occasional signatures other than those shown are encountered, for example, 8/4 in one of Bach's Partitas (in effect each bar can be considered two bars of 4/4).