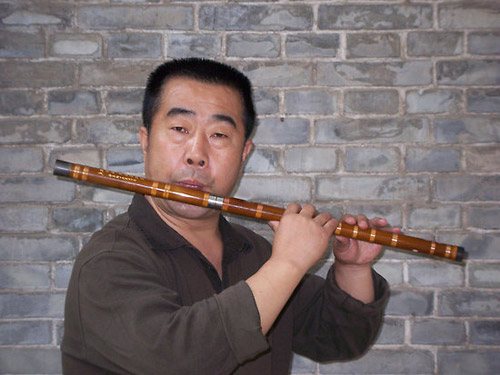 Transverse flutes worldwide, though they vary cosmetically and in size, have few variations on a common design: a parallel-bored tube with blowing aperture and a row of finger holes on the front (and occasionally a thumb hole). Most are made from locally available tubular materials, particularly bamboo.

End-blowing means that, in a bamboo or reed flute, the size of aperture across which the player blows tends to vary with the bore of the particular piece of the raw material. Stopping up the end and making a new blowing hole in the side of the flute allows the maker to control the aperture's size and shape.

In north India the name bansuri, derived from the word bas, meaning 'bamboo', applies to both transverse and duct flutes. The transverse flute, usually eight-holed, used in the Cranatic music of southern India is called a venu.

In China, most transverse flutes, named dizi, have an extra hole between the blowing aperture and the equal-sized finger holes (usually six),; this is covered with a piece of thin paper-like membrane peeled from the inner surface of bamboo. Carefully adjusted, this dimo resonates with the blown note to create a mirliton effect similar to that of a kazoo or comb and tissue paper. The Japanese shinteki, Okinawan fanso and Korean taegum have a similar device. These days many dizis are fitted with a metal tuning slide, but they are made so accurately, and bamboo is so temperature-stable, that it is rarely necessary to adjust it.