Figure 3. The turn sign may be placed after the note itself or over it. 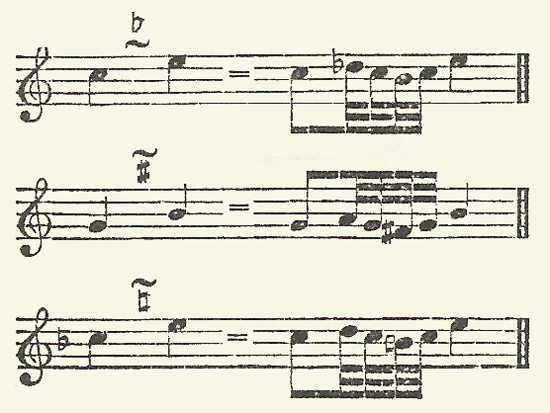 The inflection of the upper or lower note of the turn is shown by the placing of a sharp, flat, natural, etc., sign above or below it (see Figure 4).

When the turn occurs after the note much is left to the taste of the performer as regards the division of the time available. The general principle seems to be that the turn is to be performed pretty quickly. To bring this about, the first example just given (if occurring in a slow tempo) might be treated as shown in Figure 5.

On the other hand, in a very quick tempo it might be treated as shown in Figure 6 (indeed there might be no time to treat it in any other way).