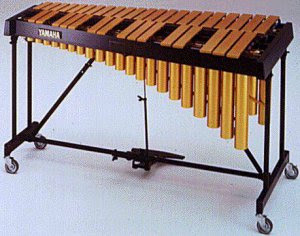 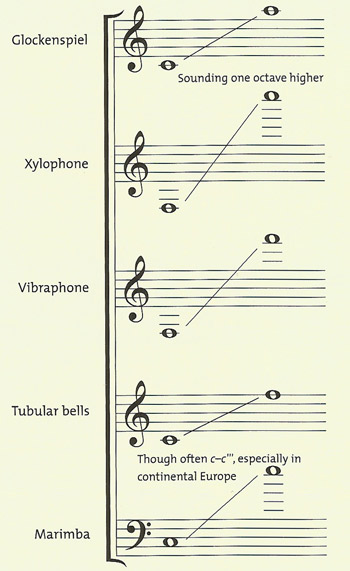 The xylophone is a keyboard percussion instrument consisting of a mounted row of wooden bars graduated in length to sound a chromatic scale, played with two small mallets. The xylophone, which is 140 centimeters (56 inches) long and 70 centimeters (28 inches) wide at the low end and 33 centimeters (13 inches) wide at high end) originated from the African log xylophone variously called the balafon (Guinea), gyil (Ghana), and amadinda (Uganda). The log xylophone has between seven and 21 wooden bars suspended on a bamboo frame over turned gourd resonators. The gourds may have holes drilled in them, with bat-wing or spiders-egg cases stretched over the holes to make a buzzing sound when the instrument is played.

The xylophone first appeared in Europe in the early 1500s, and became a popular folk instrument in Eastern Europe. It was suspended from a harness worn by the player, or rested on straw. It became an orchestral instrument in the 19th century.