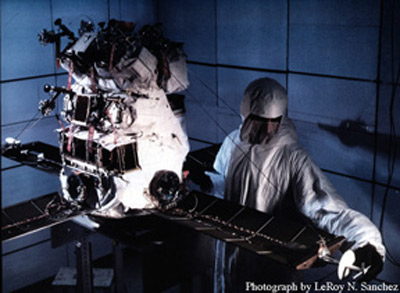 ALEXIS was a small American Department of Defense spacecraft that has provided high-resolution maps of astronomical X-ray sources. The mission was also intended to demonstrate the feasibility of quickly building low-cost sensors for arms treaty verification.

ALEXIS was equipped with six coffee-can-sized telescopes that worked in pairs to make observations in the soft (longer wavelength) X-ray and extreme ultraviolet (EUV) part of the spectrum. Among its science objectives were to survey and map the diffuse soft X-ray component of the sky, to look at known bright EUV sources, to search for transient (fast changing) behavior, and to study stellar flares.