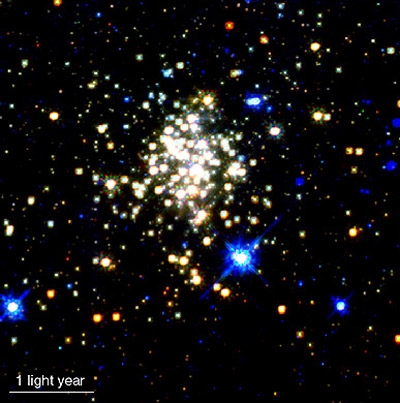 Arches Cluster, as seen by the Hubble Telescope. 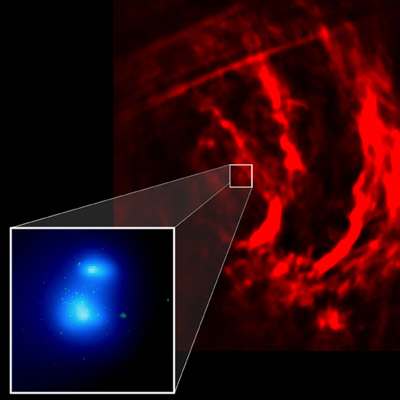 The Arches Cluster is a cluster of about 150 hot, young stars concentrated within a radius of about one light-year, making it the most compact cluster of stars in our Galaxy. It lies some 25,000 light-years away near the galactic center and is named after a series of arch-shaped filaments, detected at radio wavelengths, that lie in its vicinity. X-ray observations by the Chandra X-ray Observatory have shown an envelope of 60-million-degree gas around the cluster which is thought to be heated by intense stellar winds from the member stars colliding with the surrounding medium.

Studies of the Arches Cluster can be used to learn more about the environments of starburst galaxies in which this process occurs on a much larger scale.