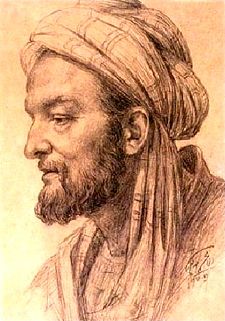 Avicenna is the Latin name of abu-Ali al-Husayn ibn-Sina, the greatest of the Arab scientists of the medieval period. His Canon of Medicines remained a standard text in Europe until the Renaissance.

Avicenna was born near Bokhara in what is present day Uzbekistan, his father being a Persian tax-collector. He studied the Koran, mathematics, astronomy, the pholosophy of Aristotle, and medicine. He served as physician to several Samananide and Dilemite sultans, and also the vizier in Hamadan, where, after a period of reirement he died.

Avicenna's works are based on those of the Greeks, whom he knew only through Arabic translations. His medical system, the Canon, remained the standard of teaching and practice. His philosophy was Aristotelianism modied by Neoplatonic elements. Of his many writings, the chief, both medical and philosophical, were translated into Latin as early as 1493, and often reprinted.