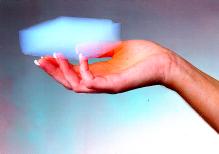 Fig 1. Aerogel looks like smoke, but it's a solid! 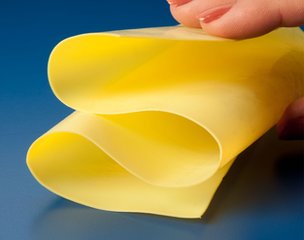 Fig 2. The new polyimide-based aerogel doesn't suffer from the brittleness of its silica-based counterpart.

Aerogel is one of the lightest solid materials known, with a density only three times that of air. Its remarkable properties have been exploited, among other ways, on space missions, where it provides an extraordinary level of thermal insulation for special applications and a medium in which fast-moving particles can be slowed to a halt and captured without damaging them.

Aerogel was discovered in 1931 by Steven Kistler, a Stanford University researcher, and is sometimes referred to as "frozen smoke" because of its appearance (Fig 1). Although a block of aerogel the size of a person would weigh only 0.5 kg, its internal structure would allow it to support the weight of a small car. Its remarkable thermal insulation properties were employed to keep equipment on the Sojourner rover warm during the long martian nights. In addition, it is ideal for capturing microscopic cosmic debris in pristine condition and for this task was used aboard the Stardust probe.

A major drawback of the original form of aerogel, which is based on silica, is its extreme fragility and brittleness. But these problems have been addressed in a new form of aerogel that uses polyimide, an incredibly strong and heat-resistant polymer, into which has been introduced brace-like cross-links to add further strength to the structure (Fig 2).

Polyimide-based aerogels could eventually find their way into clothing that offers superb insulation from the cold without being bulky, and into the walls of fridges and freezers enabling them to be much thinner and so allow for more storage space.