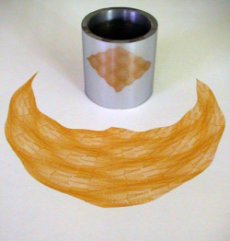 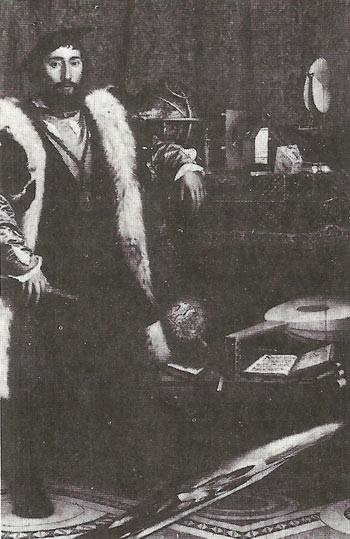 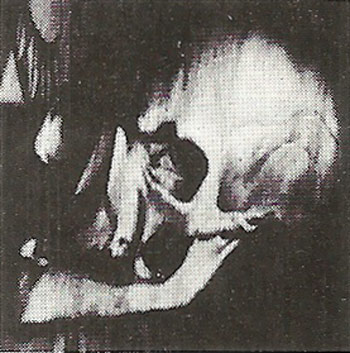 Anamorphic art is a technique in which an artist draws or paints a familiar shape in a grossly distorted form. It is an example of mapping, just as maps of the earth's curved surface can be drawn on a flat sheet of paper by a suitable choice of projection. In this painting part of "The Ambassadors" by Hans Holbein (1533), the stretched shape at the bottom is a "map" of the skull; it can be seen by viewing from the lower right.

Anamorphosis is the process of distorting the perspective of an image to such an extent that its normal appearance can only be restored by the observer completely changing the way they look at the image. In catoptric anamorphosis, a curved mirror, usually of cylindrical or conical shape, is used to restore an anamorphic picture to its undistorted form (see illustration to the right). In other kinds of anamorphism the observer has to change her viewing position – for example, by looking at the picture almost along its surface. Some anamorphic art adds deception by concealing the distorted image in an otherwise normal looking picture.

At one time, artists who had the mathematical knowledge to create anamorphic pictures kept their calculations and grids a well-guarded secret. Now it is relatively easy to create such images by computer.