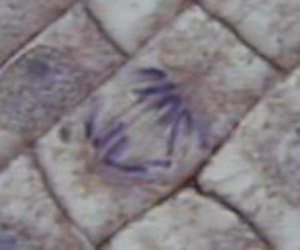 Anaphase is the stage of mitosis during which the two sets of chromosomes separate and move away from each other.