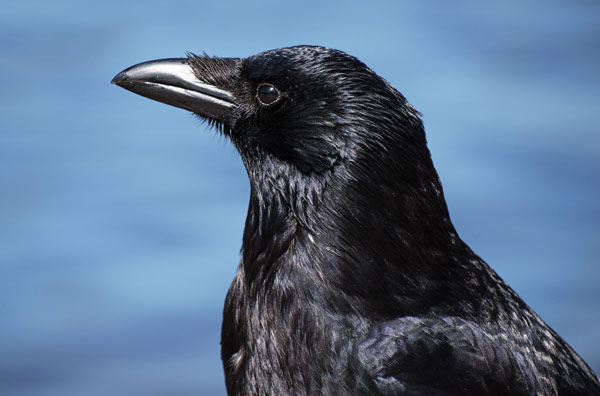 Crows, and other corvids, not only can count but also their brains process numbers in a similar way to our own.

Many different species, including rats, parrots, pigeons, raccoons, and chimpanzees, have been found capable of doing simple calculations. Tests on dogs have shown that they have a basic grasp of cardinality – the number of things on offer. If they're shown a pile of treats and then shown the pile again after it has been concealed and the number of treats changed slightly, they will react differently than if there's been no change.

However, not all purported animal math talents stand the test of time. At the turn of the century, a horse named Clever Hans wowed audiences with his counting skills. His trainer would pose a problem, and the horse would tap out the answer. In the end, though, it was found that Hans couldn't really add or subtract but was instead responding to subtle, unintended cues from its trainer, who would visibly relax when the horse reached the correct number.