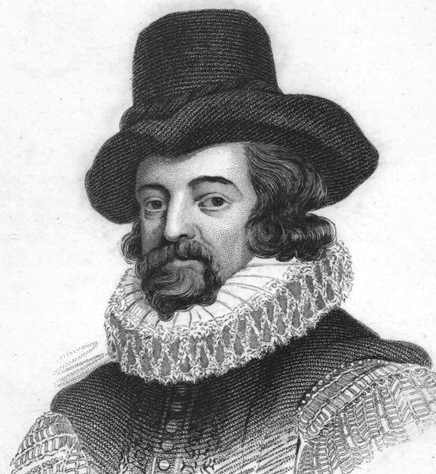 Francis Bacon was an English philosopher, statesman, and jurist who rose to become Lord Chancellor (1618–1621) to James I. He is chiefly remembered for the stimulus he gave to scientific research in England. Although his name is indelibly associated with the method of induction and the rejection of a priori reasoning in science, the painstaking collection of miscellaneous facts without any recourse to prior theory which he advocated in the Novum Organum (1620) has never been adopted as a practical method of research. The application of the Baconian method was, however, an important object in the foundation of the Royal Society of London some 40 years later.

In his unfinished utopian narrative The New Atlantic (originally published in Latin, 1627), Bacon depicted a society on a remote Pacific island that is ruled by an elite of benevolent scientists. Their methods of research foreshadow those of latter-day science, and their Salomon's House inspired by the creation of the Royal Society.