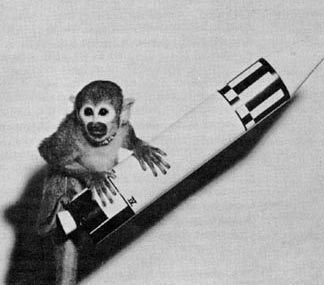 Baker was a female squirrel monkey who was the traveling companion of Able on the first suborbital flight from which live animals were recovered on May 28, 1959. The two animals' survival of up to 38g during reentry and a weightless period of about 9 min was an early step toward demonstrating that humans could safely be sent into space. Baker was displayed years later at the United States Space and Rocket Center in Huntsville, Alabama. She died in 1984.