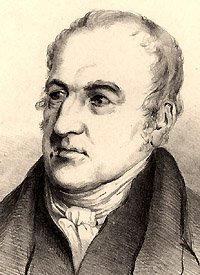 Peter Barlow was an English self-educated mathematician who wrote several important books on the subject but is best known for his compendium of factors, squares, cubes, square roots, reciprocals, and hyperbolic logarithms of all numbers from 1 to 10 000, entitled New Mathematical Tables (but generally known as Barlow's Tables) and his invention of a special telescope lens. Barlow lenses, or "Barlows," are popularly used by amateur astronomers to this day to multiply the power of other lenses. He also worked on the design of bridges and, was appointed as royal commissioner for railways, conducting experiments to see if the limitation on gradients and radius of curvature proposed by George Stephenson was correct.