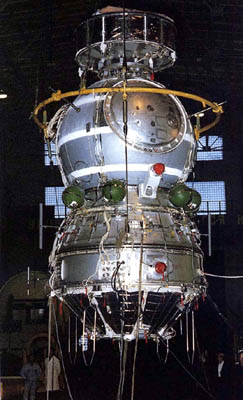 Bion is a series of large Soviet spacecraft, based on the Zenit reconnaissance satellite and designed to study the biological effects of weightlessness and radiation in space. Bion missions were typically given Cosmos designations. The first Bion launch – Cosmos 605 on 31 October 1973 – took tortoises, rats, insects, and fungi on a 22-day mission. Other flights have carried mold, quail eggs, fish, newts, frogs, protozoans, and seeds. Starting with Bion 6 (Cosmos 1514), launched on 14 December 1983, they also carried pairs of monkeys. Experiments were supplied by scientists from various countries, including the United States, France, Germany, China, and Eastern bloc nations. An onboard centrifuge simulated normal Earth gravity and enabled post-mission comparisons to be made between specimens that had floated freely in zero-g and their companions who had experienced artificial gravity. Eleven Bions were launched between 1973 and 1996.