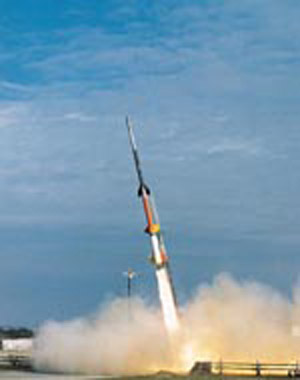 Black Brant is a Canadian sounding rocket, more than 800 of which have been launched since September 1959 with a success rate of 98%. The current model, the Black Brant XII, produced by Bristol Aerospace in single or multistage configurations, can carry payloads of 70–850 kg to altitudes of 150–1,500 km.

The Black Brant grew out of Canada's need to study the ionosphere and the aurora borealis, primarily because the latter interferes with telecommunications – an issue of increasing importance during the Cold War when the rocket was introduced.