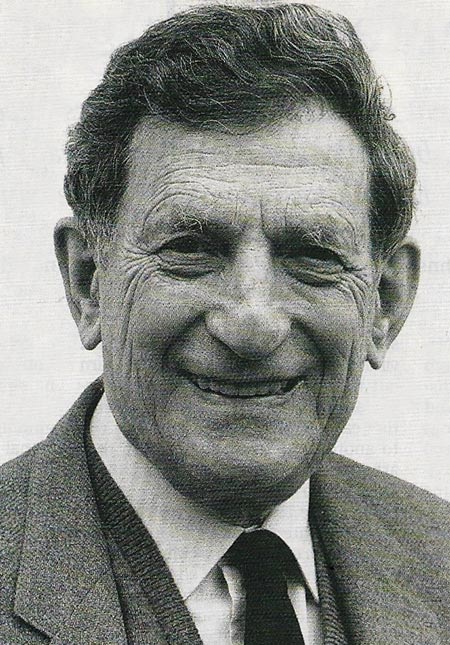 David Bohm, shown here three years before his death in 1992, formulated his interpretation of quantum mechanics in the 1950s.

David Bohm was an American quantum physicist and philosopher particularly important for his proposal of a hidden-variable explanation of the significance of quantum theory. Bohm's theory is fully deterministic. It also denies that there are any such things as superpositions, even for microscopic systems. But it allows for nonlocality: the possibility that something that occurs in region A can have a physical effect in region B, instantaneously no matter how far apart regions A and B may happen to be. The influence is also completely independent of the conditions existing in the space between A and B.