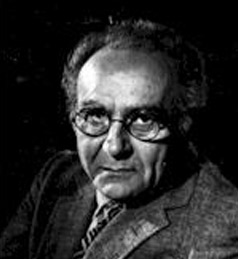 Quote from The Ascent of Man

"The essence of science: ask an impertinent question, and you are on the way to a pertinent answer".

Jacob Bronowski was a British biologist, mathematician, and man of letters, of Polish-Jewish origin. Bronowski worked first on operation theory and the application of this to military strategy, but later on the ethics of science. After his experiences as an official observer of the after-effects of the Nagasaki and Hiroshima bombings he turned to research in biology, as did his friend, Leo Szilard. He lectured at many American universities and was made a fellow of Jesus College, Cambridge, in 1967. Among his books are Science and Human Values (1958), Nature and Knowledge (1969), and three studies of William Blake. He is perhaps best remembered for writing and narrating the BBC television series The Ascent of Man (1973) which charts man's intellectual history.