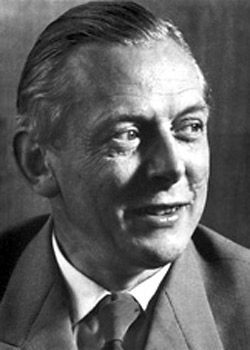 Adolf Butenandt was a German biochemist who did important research into sex hormones. In 1931 Butenandt isolated the male sex hormone androsterone, and investigated (1934) the chemical structure and properties of the female sex hormone progesterone. For this work he was awarded the 1939 Nobel Prize in Chemistry, but had to decline the award because of a Nazi decree prohibiting acceptance.