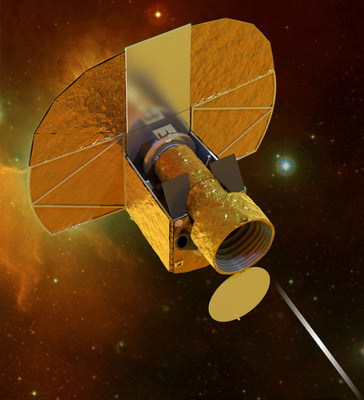 CHEOPS (CHaracterising ExOPlanets Satellite) is a European Space Agency (ESA) mission designed to better characterize small (Neptune-sized and smaller) planets around nearby Sun-like stars with a view to assessing their habitability. CHEOPS will focus on transiting planets – those that pass across the face of their host star as they orbit around it, as seen from Earth. By accurately measuring the tiny changes in the star's brightness that occurs during a transit, the satellite will provide data on the planet's size and mass, which will, in turn, give scientists a better idea idea of its composition and atmospheric make-up. From all the information collection, a clearer picture should emerge of how typical exoplanets in the Earth- to Neptune-mass range (including so-called "super Earths") form. The CHEOPS database will also help inform future investigations of exoplanet atmospheres using powerful ground-based and space-based instruments.

CHEOPS is the first of a possible new class of small, low-coast missions to be developed as part of ESA's Science Programme. It is expected to launch in 2017. It will operate in a Sun-synchronous, low-Earth orbit at an altitude of 800 kilometers, and has a planned mission lifetime of 3.5 years.