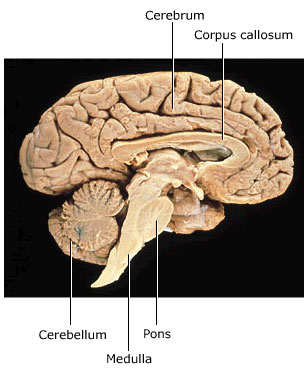 Figure 1. Section through a human brain showing the cerebrum. 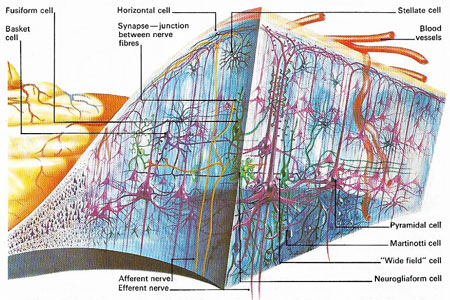 Fig 2. The cerebral cortex, as if peeled from the surface of the brain, exposes the various different kinds of nerve cells with their distinctive organization and fibers running horizontally and vertically . The blood vessels on top of the cortex are also shown.The cortex varies in thickness from 1.5 mm to 3 mm (0.059–0.12 in); it is thickest in the motor region of the frontal lobe.

The cerebrum is the largest portion of the human and vertebrate brain. It consists of two cerebral hemispheres, which develop from the embryonic forebrain. These hemispheres have an outer, convoluted, and deeply fissured layer of gray matter – the cerebral cortex – and an inner layer of white matter. The two halves are linked by the corpus callosum. Due to the crossing-over of nerve fibers from one cerebral hemisphere to the other, the right side controls most of the movements and sensation on the left side of the body, and vice versa.

Each hemisphere of the cerebrum is subdivided into four lobes visible from the outside. They are the frontal, parietal, occipital, and temporal lobes.

The cerebrum is the integrating center for memory, learning, emotions, and other highly complex functions of the central nervous system.