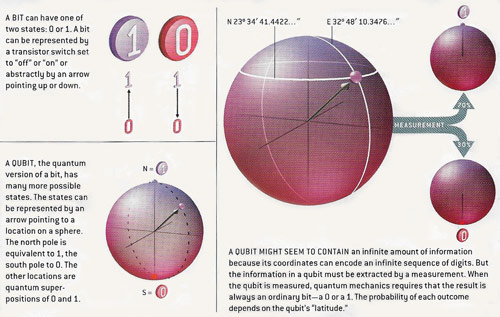 A computer is a device that processes data according to a set of instructions called a program. Most modern computers are electronic and digital. The machinery of computers, such as the circuitry and wires, is known as hardware; the instructions and data are called software.

All general-purpose computers have the following hardware components:

· memory: Enables a computer to store, at least temporarily, data and programs

· input device: Usually a keyboard and mouse, the input device is the conduit through which data and instructions enter a computer

· output device: A display screen, printer, or other device that lets you see what the computer has accomplished

· central processing unit (CPU): The heart of the computer, this is the component that actually executes instructions

In addition to these components, many others make it possible for the basic components to work together efficiently. For example, every computer requires a bus that transmits data from one part of the computer to another.

Computers can be generally classified by size and power as follows, though there is considerable overlap:

· workstation: A powerful, single-user computer. A workstation is like a personal computer, but it has a more powerful microprocessor and a higher-quality monitor

· minicomputer: A multi-user computer capable of supporting from 10 to hundreds of users simultaneously

· mainframe: A powerful multi-user computer capable of supporting many hundreds or thousands of users simultaneously

· supercomputer: An extremely fast computer that can perform hundreds of millions of instructions per second

A quantum computer is a type of computer that exploits uniquely quantum mechanical phenomena, such as superposition and entanglement, to process data. In a classical (or conventional) computer, data is handled in the form of binary digits, or bits; in a quantum computer, the unit of data is the qubit. Quantum computers may revolutionize the computer industry in the not too distant future.

"There is no reason why anyone would want to have a computer in their home. "
– Ken Olsen, president of Digital Equipment Corporation (1977)