anatomy of the cow 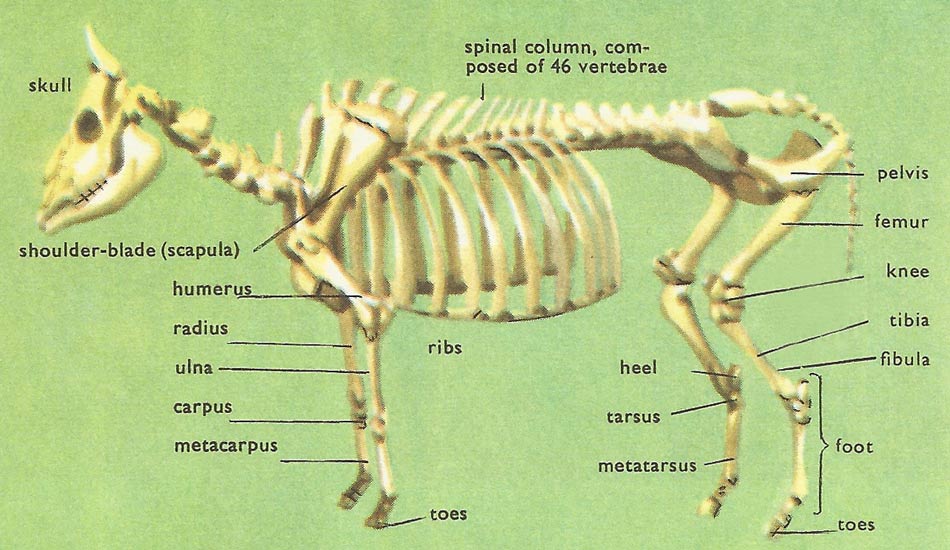 Skeleton of a domestic cow. 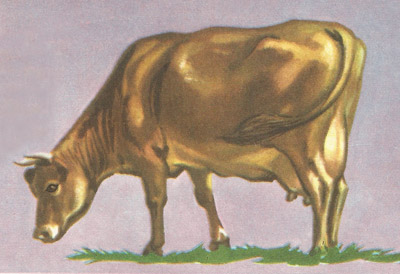 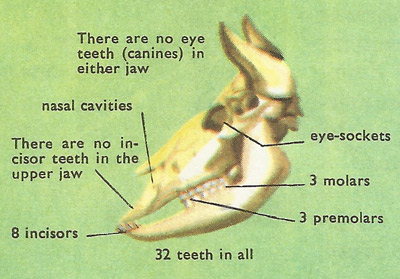 Like that of all ruminants the dentition of the cow (i.e. the arrangement of the teeth) is incomplete. Although there are eight sloping incisors in the lower jaw, there are no corresponding teeth above. Because of this, the cow cannot bite off grass with her teeth but tears it off by seizing it between the incisor teeth and the hardened gums of the upper jaw. 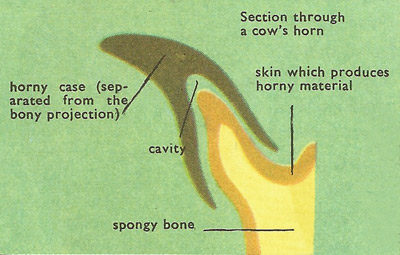 he horns of the cow are hollow. At their bases they fit over processes of spongy bone that protrude from the skull. 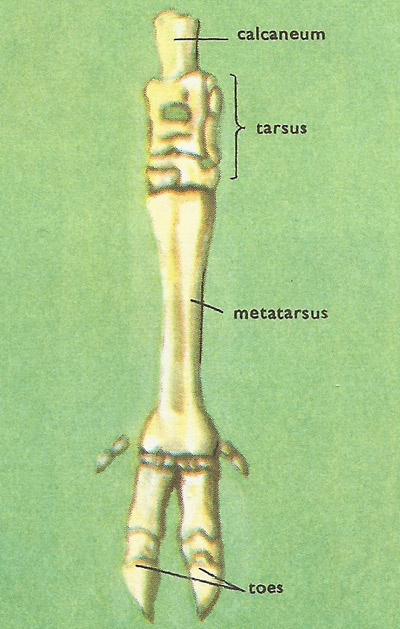 The cow's foot has only two functional toes, the much-enlarged nails of which comprise the hoof. As a result of its dual origin the hoof of the cow is in two parts and is said to be cloven. The 'shin' is formed by two metatarsals which are united to form one single bone. 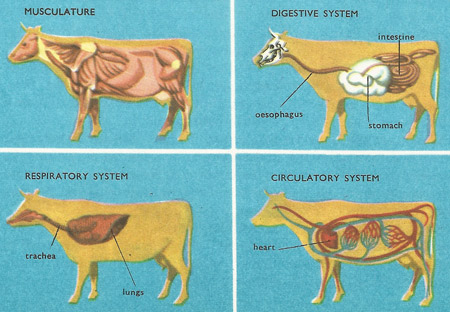 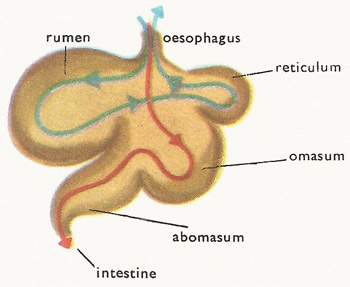 The domestic cow is descended from the aurochs or primitive wild cattle, now extinct. From these ancestors, and probably from other as well, are descended the many breeds of cattle that comprise the classes known today: working breeds, the meat-producing breeds, and the milking breeds.

The milking-cow, bred for her high milk production, has a fine skin, light bones, a long body, a small head, moderate musculature and a very large mammary gland with four teats.

An important characteristic of the cow is her complex digestive system, which is specially adapted for the digestion of the large amounts of grass which she eats. This process is known as rumination. The diagram shows the way in which the food passes into the rumen, circulates to the reticulum, and is later regurgitated into the mouth for further chewing. When swallowed a second time some of the food returns to the rumen while the remainder passes through the omasum into the abomasums and thence into the small intestine.


Some facts about the cow

The cow has keen senses of smell and hearing, but is unable to see very well.