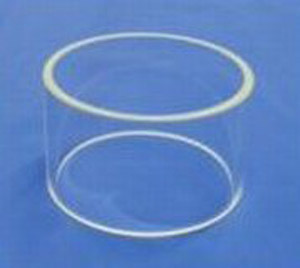 A cylinder is a three-dimensional surface described by the Cartesian equation (x/a)2 + (y/b)2 = 1. If a = b then the surface is a circular cylinder, otherwise it is an elliptic cylinder.

The cylinder is a degenerate quadric because at least one of the coordinates (in this case z) doesn't appear in the equation, though by some definitions the cylinder isn't considered to be a quadric at all. In common usage, a cylinder is taken to mean a finite section of a right circular cylinder with its ends closed to form two circular surfaces.