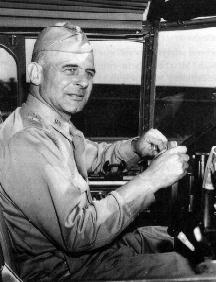 James Doolittle was a longtime aviation promoter, air racer, United States Air Force officer, and advocate of aerospace research and development. He served with the Army Air Corps (1917–30), then as manager of the aviation section for Shell Oil (1930–40). In World War II, he won fame for leading the April 1942 bombing of Tokyo, and then as commander of a succession of air units in Africa, the Pacific, and Europe. Doolittle was promoted to lieutenant general in 1944. After the war he was a member of the Air Force's Scientific Advisory Board and the President's Scientific Advisory Committee. At the time of Sputnik he was chair of NACA (the National Advisory Committee on Aeronautics) and the Air Force Scientific Advisory Board. In 1985 the Senate approved his promotion in retirement to four-star general.