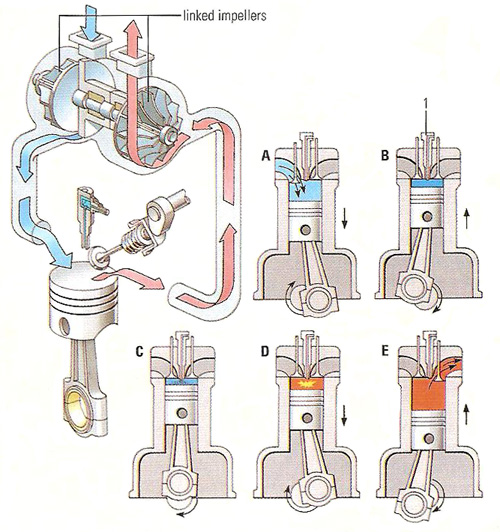 A diesel engine is an internal combustion engine in which the heat for igniting the fuel oil is produced by compressing air. The engine, invented by Rudolf Diesel in the 1890s, is also referred to as a compression-ignition engine. The fuel-air mixture burns rapidly device and expands to drive the pistons. Diesel engines usually have electric heaters called glow plugs for warming the cylinders during starting. Once the engine has fired, the heaters may be switched off.