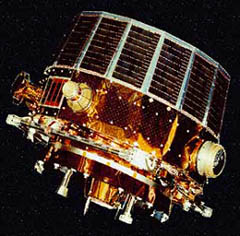 Equator-S is a German satellite in a near-equatorial orbit that studies Earth's equatorial magnetosphere out to distances of 67,000 km. It was designed and built by the Max-Planck-Institut fur Extraterrestrische Physik.

Equator-S is an element of the International Solar-Terrestrial Physics (ISTP) program. Its goals are to provide high-resolution plasma, magnetic, and electric field measurements in several regions not adequately covered by the existing ISTP missions, namely the low-latitude dayside magnetopause and its boundary layer, the equatorial ring current region, and the near-earth equatorial plasma sheet.