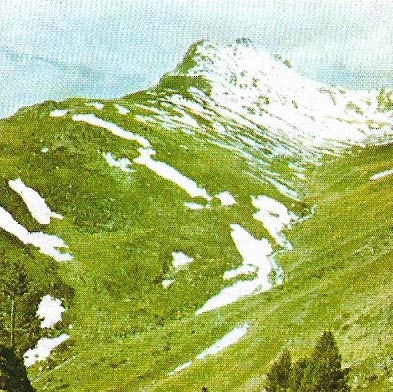 Fig 1. The montane biome is found in polar, temperate, and tropical regions. At the greatest altitudes organisms are few and their interrelations finely balanced to overcome energy shortages. 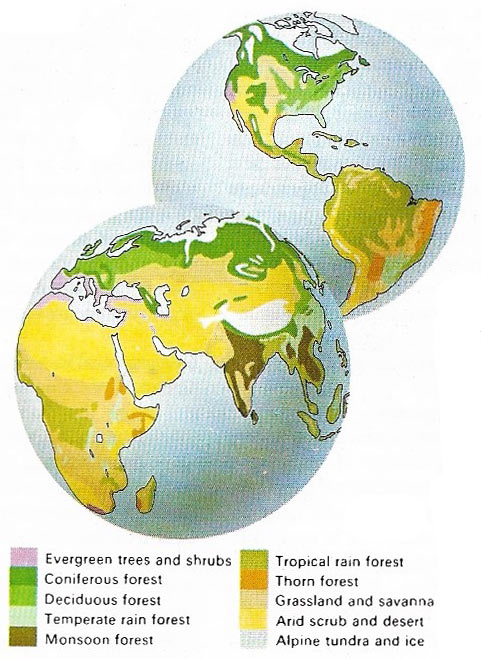 Fig 2. Ecologists divide the Earth into regions known as biomes, each characterized by a pattern of natural vegetation or, as in the sea and in the lakes and rivers, by nature of its water. The land biomes vary from the tropical forest, teeming with plant and animal life, to the cold, treeless tundra carpeted with lichens, grasses and low-growing shrubs.

Fig 3. All plant and animal communities are organized along essentially similar economic lines. Ecologists represent these in terms of diagrams known as food webs. In them, plants are the primary producers because they alone are able to fix solar energy and use it to synthesise complex food materials from the simple ingredients of carbon dioxide and water. The sun's energy is locked in chemical bonds within the plant and is used by herbivores. These animals are, in turn, preyed on by carnivores. In most ecosystems the food webs are complex and some degree of simplification is essential to make them easy to understand.

The food web (A) is essentially simple. In this North American example the cacti are the dominant fixers and producers, the coyotes and hawks the chief species of carnivores. In temperate woodland (B) the complex food web reflects the fact that the biome has remained stable for millions of years. Insects are a significant food source for many woodland birds. The plant pastures of the huge ocean biomes (C) are the algae, the majority of which are minute diatoms. Every sea creature depends ultimately on the algae for its essential food supply. Montane life (D) tends to form a simple food web. In the Himalayas, whose web is depicted here, the herbivores are the predominant form of animal life and are preyed on by only a few carnivores. The tropical rain forest (E) is the home of many highly specialised plants and animals, all of which take their place in the complex food web. Epiphytes, for example, are plants adapted to live on other plants. On the forest floor fallen leaves and dead wood are very rapidly decomposed. The rich variety of savanna life (F) reflects a mature ecosystem. As in the woodland biomes, stable conditions persisting for many millennia have allowed many species to become established. 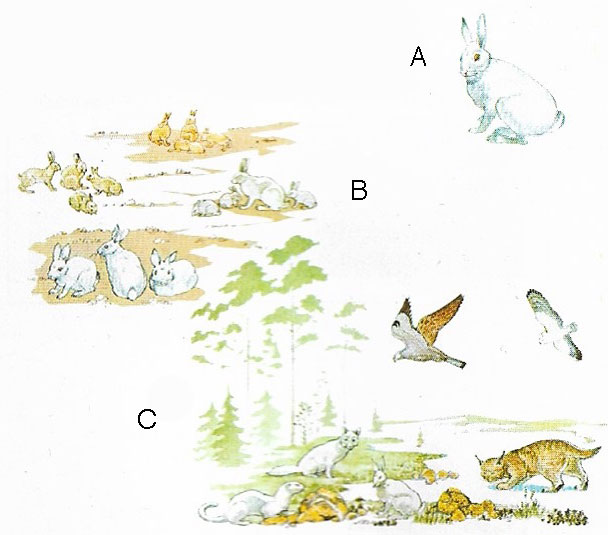 Fig 4. The basic unit of ecology is the individual plant or animal (A). Many individuals, like this Arctic hare, are genetically distinct from others of their kind. Others, like the grass plants on which the hare feeds, reproduce vegetatively and form part of a "clone" of individuals, all of which are identical. The population (B) to which any individual belongs is isolated, either wholly or partly, from other populations of the same species. The Arctic hare of northern Greenland may thus differ genetically from that of Siberia. The ecosystem (C) is an assembly of animals and plants interacting with each other and the environment. Ecosystems can be simple or complex. A simple system could consist of unicellular algae on a tree trunk, insects and insect-eaters. A complex ecosystem such as that of the tropical rain forest may consist of thousands of interacting plants and animals. 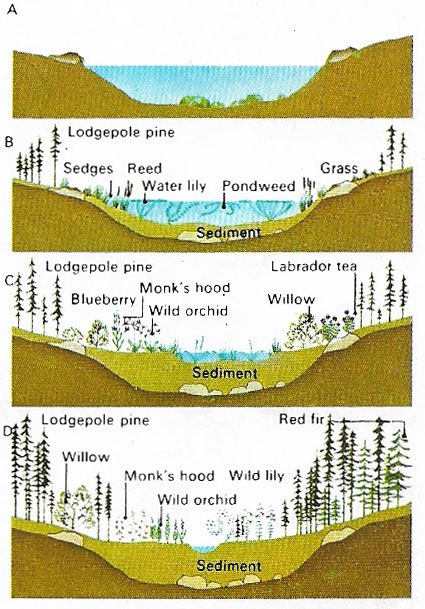 Fig 5. Ecosystems do not arise overnight but evolve gradually. A shallow glacial tarn (A) is transformed to a forest (D) in a timespan of a few thousand years. The first living organisms to colonise it are algae whose spores are carried there by the wind. Larvae of flying insects feed on the algae and their debris accumulates on the bottom. Bacteria and unicells recycle the nutrient salts and small animals and plants enter the system. Surrounding sediments now fill the tarn (B), marsh plants spread inwards and land plants (C) replace them as the ground consolidates. The final, stable ecosystem is the climax community.

No organism alive on Earth is an isolated individual. Every plant and animal is a member of a dynamic community known as an ecosystem. An ecosystem is a complex that consists not only of living creatures but also of non-living matter and of radiant energy from the Sun. The limit of any ecosystem- such as a forest or a stretch of seashore – are always arbitrary because they are drawn by man; this whole planet is one huge ecosystem. The concept remains relevant, however, to the study of ecology, a branch of biological science. The aim of ecology is to analyze ecosystems in detail and to account not only for the effects of each organism on the whole ecosystem but also for the influence of the system on the individual organisms of which it is composed.

Energy is the basic essential of all ecosystems – without a ready supply of usable energy life cannot continue. Green plants make their own foods by the process of photosynthesis- using the plentiful atmospheric components carbon dioxide and water, and energy from sunlight, they are able to synthesise sugars. These sugars retain, in their chemical bonding, some of the sun's energy and this can be released and used to build the more complex chemical compounds needed by the plant for building its structural and reproductive elements such as its conducting channels, flowers and seeds.

Unlike plants animals cannot make their own foods. Instead they "steal" energy from plants and from other animals by eating them – they can live only at the expense of other living organisms. Within any ecosystem green plants are this known as producers of fixers of energy, while animals are consumers. The organisms that feed on the dead bodies of plants and animals, causing their decay, are decomposers. In any particular ecosystem producers, consumers and decomposers live together, rely on each other and adapt to each other. The more well defined their boundaries of influence become the more the ecosystem is said to become closed.

Complex ecosystems may include many thousands of species, all interrelating with each other to some degree. Their interactions include feeding and the provision of food, but plants and animals can also provide various kinds of shelter or protection, nesting material and homes for each other.


Links in the food chains

The fundamental food-providing relationships between the organisms in an ecosystem are often expressed in terms of diagrams known as food chains (7). Most commonly these consist of a sequence of species that are related to each other as prey and predators and most chains are tied to each other by cross linkages to form food webs that quickly become too complex to be mapped.

The energy flow within each food chain is, worldwide, remarkably constant and nearly always conforms to the "ten per cent rule". According to this rule ten per cent of energy is transferred at every link in the chain. Thus a herbivore obtains ten per cent of the calories in the herbs it eats and so on. This 90 per cent reduction in available energy determines the length of the food chain: the animals at the end of a food chain, such as foxes, yield too few calories to make preying on them a worthwhile method of obtaining energy.

Ecosystems do not arise suddenly but rather mature over many years (9), gradually becoming more complex. Generally speaking, the older the ecosystem the more species it is likely to contain. At its height, and in its final and most long-lived form, the ecosystem is known as a climax community.


The formation of an ecosystem

New environments (such as a newly-formed pond, a field recently devastated by fire or a glacier bed from which the ice has retreated) develop by succession. At first they attract only the hardy species of plants that can survive without shelter and a few animals capable of living among them. These pioneers – opportunist or fugitive species – are usually capable of rapid reproduction and the plants among them include lichens and mosses and many weed species. These early settlers in the chain of succession modify the environment by adding humus and nutrients to the soil, provide shelter from the sun and wind and make it more hospitable to other creatures. As more organisms move in, habitats (known as ecological niches) become available. In a maturing ecosystem the early colonizers may die as stable species exert their superiority.

The surface of the globe can be divided ecologically into ten broad regions determined by their national vegetation (Fig 2). These regions, along with such areas as the sea (6) and the polar ice caps, are often referred to as biomes. Some of the world's most complex ecosystems are to be found in the tropical rain forest (2) where productively is high and conditions have been stable for many millions of years. Some of the most simple ecosystems occur in polar regions where there is less energy available and where few organisms have had time to adapt to the new environment exposed after the retreat of the ice sheets.

Just as ecosystems are built up so they may be destroyed, either naturally or, more probably, through the interference of man. The ecosystem is disturbed because one or more species is either wiped out or drastically reduced in numbers, thus changing the whole energy balance of the community.