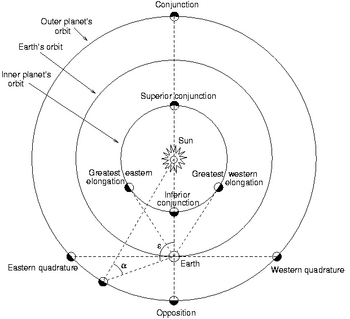 Elongation is also the name of the angle between a planet and one of its satellites as seen from Earth, measured from 0° east or west of the planet, in the plane of the planet, satellite, and Earth.