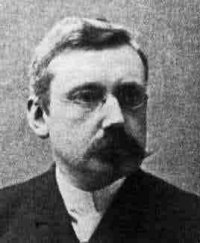 Erik Fredholm was a Swedish mathematician who founded the modern theory of integral equations. This became a major research topic in the first quarter of the twentieth century and underpinned important theoretical developments in physics; David Hilbert, in particular, extended Fredholm's work to arrive at the concept of Hilbert space. Fredholm also devoted time to actuarial science and made a particularly important contribution by proposing an elegant formula to determine the surrender value of a life insurance policy. He earned his PhD from the University of Uppsala but then spent the rest of his academic career at the University of Stockholm.