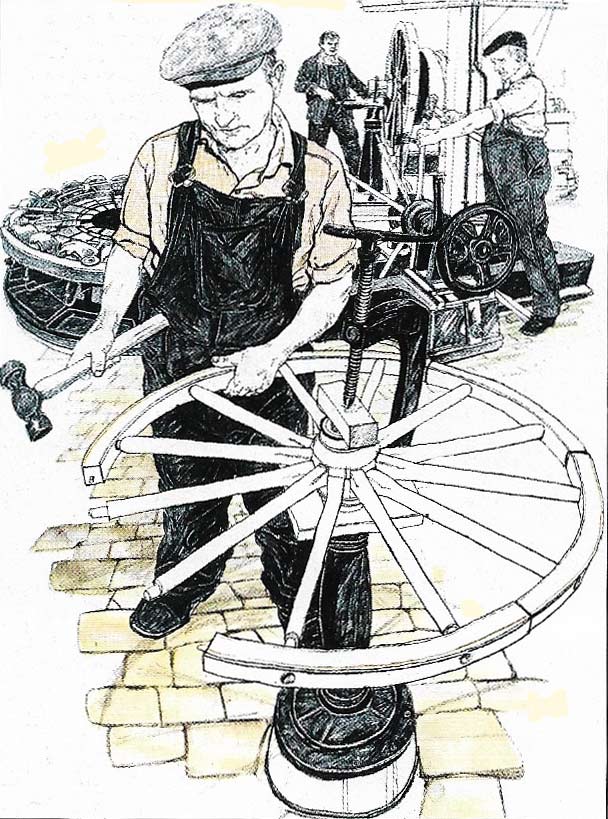 Fig 1. The hammer and G-clamp are among the tools of the wheelwright. First he assembles the hub. Then he takes the spokes, which have been individually shaped by hand, and hammers them into place. The rim, which is made in sections, is fitted on to the spokes while the wheel is held in a vice. Finally a steel tire is heated and fitted. As it cools it shrinks tightly into place to provide strength. 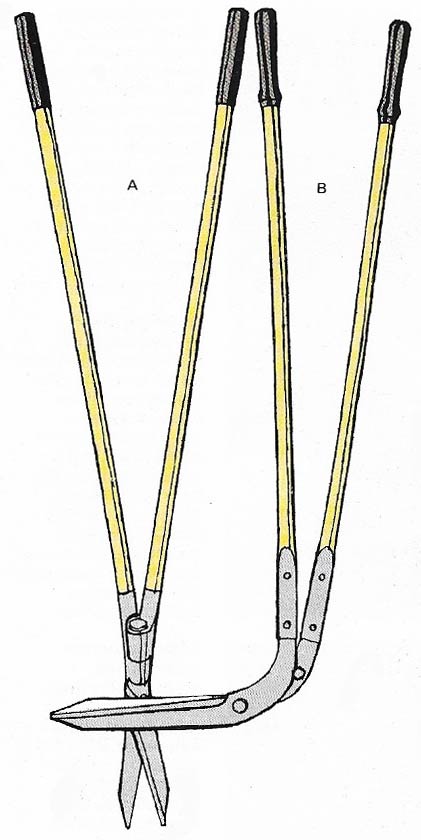 Fig 2. Cutting tools are a valuable aid to the gardener as well as to the carpenter. Garden shears operate on the scissors principle of two cutting edges working in opposition to each other. Lawn shears (A) are employed to cut the grass in awkward corners that would be inaccessible to a lawn-mower. Edging shears (B) are shaped differently for neatly trimming the grass on the edges of lawns grown on raised beds. 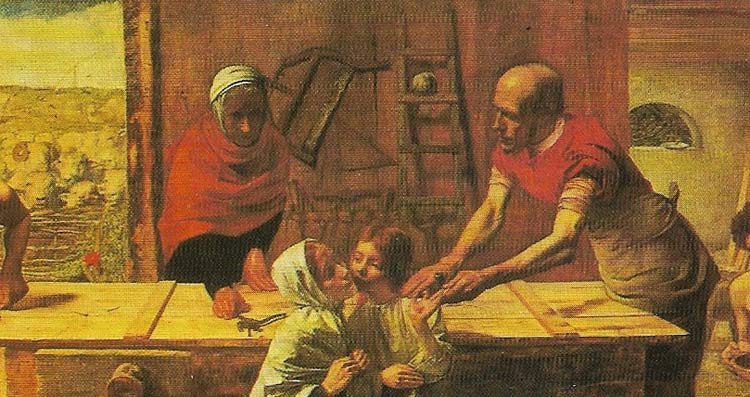 Fig 3. Woodworking tools have changed little over the centuries. This detail from the painting "Christ in the Carpenter's Shop" by the English Pre-Raphaelite artist John Millais (1829–1896) shows a plane, pinchers and a frame or bow saw in which the blade is tensioned by a twisted cord across the top of the "bow". Other tools can be seen in the rack on the wall, including chisels, drills and a gimlet for boring small holes in wood; there is a vice in the foreground. 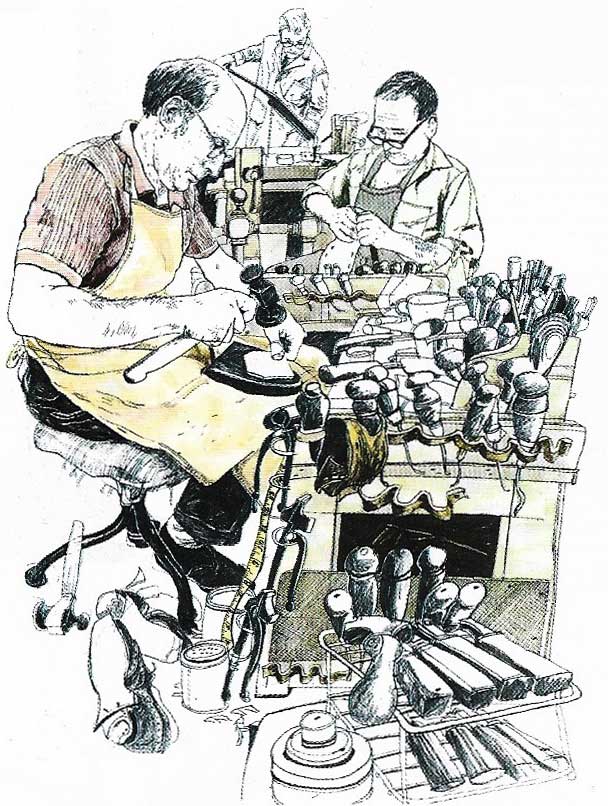 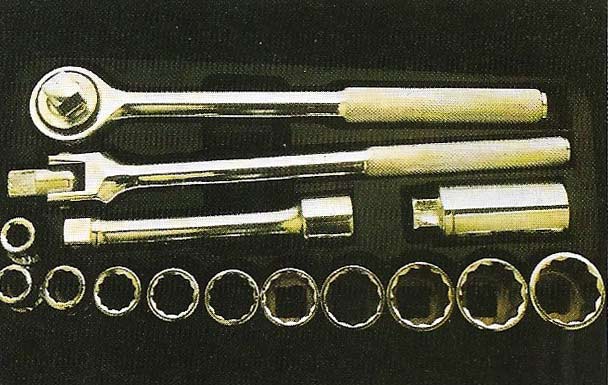 Fig 5. A set of socket spanners provides a range of sizes with a single handle, so making the set very compact. By means of a torque wrench they can be used to tighten nuts to a precise tension. 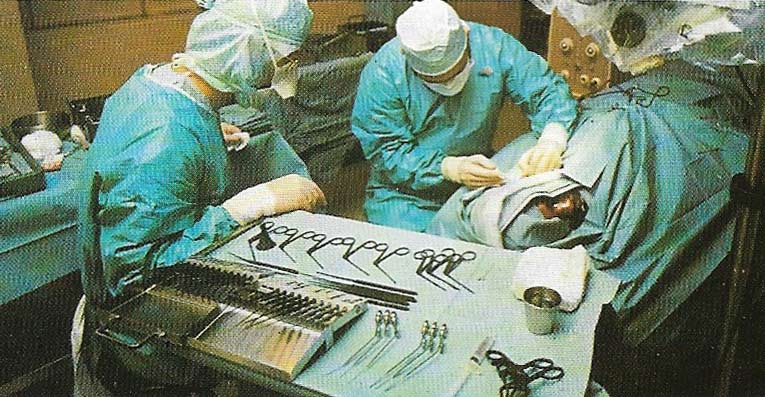 Fig 6. A modern operating theatre is equipped with a wide range of precision instruments made from durable, stainless materials. The surgeon's forceps are a kind of specialised gripping tool. 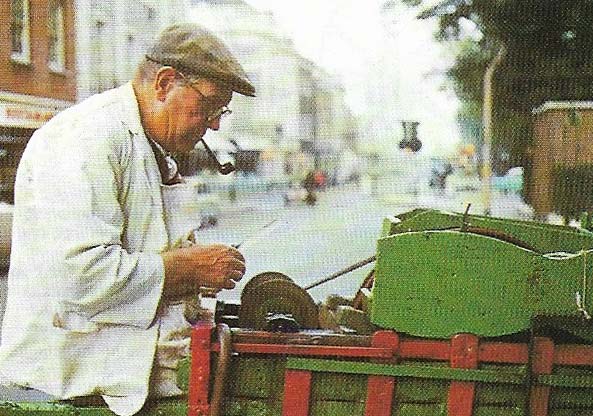 Fig 7. A hand grindstone is preferred for sharpening because there is little danger of overheating the tool. In many European cities travelling grinders can still be seen working in the streets.

Fig 8. A hand grindstone is preferred for sharpening because there is little danger of overheating the tool. In many European cities travelling grinders can still be seen working in the streets. 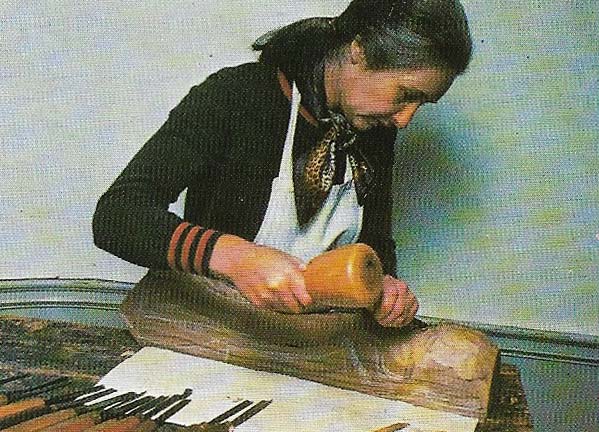 Fig 9. A woodcarver uses a set of chisels and curved gouges with a wooden mallet to cut intricate designs or make sculptures in wood. The tools need to be extremely sharp; even big cuts are made using a series of carefully controlled small blows.

Hand tools are "powered" by the muscles of the user. Craftsmen of almost every trade use a profusion of many kinds of tools. Modern materials and manufacturing methods have led to the development of new hand tools such as a tool that combines some of the functions of a plane and a file. But traditional forms can usually be recognized immediately in the modern version. In addition, today's consumer society has led to the development of special tools for the amateur – gardening tools are a good example (Fig 2). Almost all craftsmen's tools have evolved from a limited number of standard types and may be grouped according to their principal function : hammering; cutting; splitting and shaping; piercing and boring; measuring and marking; grasping and holding; sharpening; and screw-based tools.

The most familiar kind of hammer is the carpenter's claw hammer whose primary function is to drive nails into wood and, when necessary, pull them out. But there are many other kinds of hammering tools (Fig 1) including mallets, sledgehammers, and pestles. Blacksmiths, boilermakers, bricklayers, prospectors, woodcarvers (Fig 3), stonemasons, jewellers and chemists use a great variety of hammers. They vary in weight from a sledgehammer, almost too heavy to lift, to the jeweller's delicate instrument for embossing precious metals. Each type has its own special form for a particular function. The head of the tool may be hard enough to forge iron or soft enough to avoid damaging the wooden handle or another tool. One of the most important parts of the hammer is the handle, which must be carefully balanced for convenience and maximum efficiency in use.

Cutting, splitting, and shaping tools may be classified according to the number of cutting edges they possess. Single-edged tools are probably the most numerous, and include razors, chisels, gouges, edging-tools and axes. Even an axe, which is generally regarded as an instrument for cutting down trees, and its smaller relation the hatchet, are available in many special forms. Knives and swords are made in endless variety from the saber to the surgeon's scalpel. The carpenter's plane is an example of the specialised form of knife that is used for smoothing (Fig 3). Another is the bricklayer's trowel, used for applying mortar.

Knives may have two edges, although each can function independently. The action of scissors and shears depends on two edges working in opposition. A file or saw has many cutting edges: it may have small teeth for cutting hard materials or coarser teeth for relatively soft ones. Saws also vary in the "set" of the teeth – that is, by the amount each is slightly bent to the left or right away from the saw blades. In the carver's riffles the cutting edges are reduced almost to points and scattered at random on the surface. And there are a vast number of cutting points on glass paper and emery paper.

Cutting tools can be sharpened on artificial materials such as carborundum (Fig 7), but often natural stone is used: old paving stones made good sharpeners for cold chisels. A rotary stone can be used for sharpening flat chisels, but hand finishing is generally necessary. For curved-edge tools the stones must be chosen to match the required shape.

Making holes in hand materials calls for specialized tools such as drills. Drills are generally made of hardened steel that is carefully shaped to deal with the material to be cut and the cutting speed. A drill can be held in a three-jaw chuck turned by a wheel-brace. A drill for boring timber is called a bit and is held in the two-jaw chuck of a carpenter's brace. Electrically powered drills are also in common use today.

Science has devised instruments of remarkable precision for a wide variety of measurements, but many of those in everyday use are straightforward derivatives of prototypes used hundreds of years ago. A vertical is defined by a plumb line – a thin cord with a weight at the end. The horizontal is usually established with a spirit level, a transparent tube containing alcohol or other liquid with a bubble of air sealed into it. Compasses and dividers are used to draw circles and arcs; callipers are used to mark out or measure distances and micrometers are used to check small diameters accurately. For making larger measurements a flexible steel rule is more convenient. A set-square is used for marking and checking right-angles.

Pliers, tongs and tweezers are grasping instruments that handle objects more conveniently and more securely than the hand that manipulate them. They range from blacksmith's tongs for holding glowing hot iron bars to surgical forceps (Fig 6). Workbenches and vices are commonly used by carpenters and metalworkers. The material that forms the face of a vice varies from hard steel to felt, according to the delicacy of the piece being worked on and the force applied. There are also other forms of clamp, including G-clamps (Fig 1), locking wrenches and simple foot-held straps.

Wood-screws and nuts and bolts are made in various shapes and sizes and of various materials, including plastics. Screwdrivers, spanners and wrenches (6) must fit their particular job. A tool that is too heavy may cause damage; too fine a tool will be ineffective and may itself be damaged.