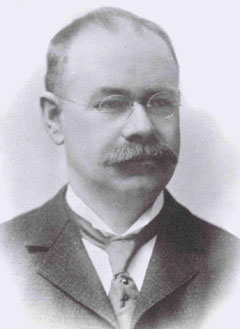 Herman Hollerith was a US computer pioneer. In 1890 Hollerith invented a mechanical tabulating machine for use in analyzing the results of the US census of that year. The machine used punched cards to record and process data. These gave rise to the Hollerith code (later employed by early electronic computers), which uses 12 bits per alphanumeric character. Hollerith's firm, the Tabulating Machine Company, later became a founder of IBM.